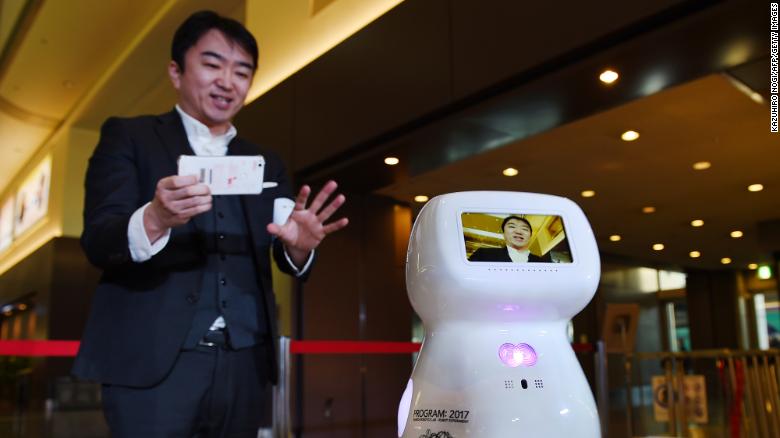 Donut Robotics CEO Taisuke Ono tests out the communication robot prototype, Cinnamon, at Tokyo’s Haneda Airport in 2017.
See ways innovators are making masks worth your while 02:31

In conjunction with an app, the C-Face Smart mask can transcribe dictation, amplify the wearer’s voice, and translate speech into eight different languages.
The cutouts on the front are vital for breathability, so the smart mask doesn’t offer protection against the coronavirus. Instead, it is designed to be worn over a standard face mask, explains Donut Robotics CEO Taisuke Ono. Made of white plastic and silicone, it has an embedded microphone that connects to the wearer’s smartphone via Bluetooth. The system can translate between Japanese and Chinese, Korean, Vietnamese, Indonesian, English, Spanish and French.
Donut Robotics first developed the translation software for a robot called Cinnamon — but when the pandemic hit, the robot project was put on hold. That’s when the team’s engineers came up with the idea to use their software in a face mask.

Donut Robotics started life in a garage in Kitakyushu City, in Fukuoka prefecture, in 2014
Ono co-founded the company with engineer Takafumi Okabe with the aim to “change the world with small and mobile communication robots.”
With venture capital investment, the duo applied to Haneda Robotics Lab — an initiative that sought robots to provide services for visitors at Tokyo’s Haneda Airport.
According to a spokesperson for Haneda Robotics Lab, robots fill a need as Japan’s declining workforce will make it harder to recruit human staff.
Donut Robotics’ Cinnamon robot — designed to provide tourists with useful information and help them to navigate the airport — was one of four translation robot prototypes selected by the project in 2016. Haneda Robotics Lab says Cinnamon beat the competition because of its appealing aesthetics and user-friendly design, and because the translation software performed well in noisy environments. 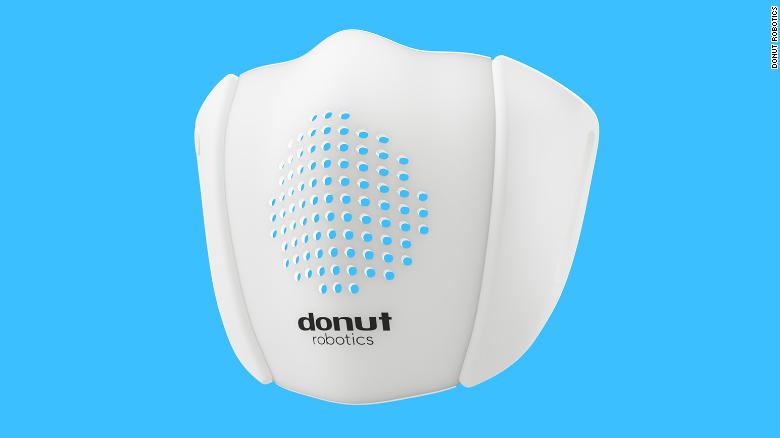 The smart mask translates between Japanese and eight languages.
This success prompted the company to relocate to Tokyo and take on three new team members.
Ono says the Donut Robotics software uses machine learning developed with the help of translation experts and specializes in the Japanese language. He claims that “the technology is better than Google API, or other popular technologies” for Japanese language users, because most competitor apps focus on translating to and from English.
The team started testing a prototype at Haneda Airport in 2017 and continued developing the technology.
But earlier this year, Covid-19 hit Asia and the airport project ground to a halt. “We were running short of money and wondering how to keep the company going,” says Ono.
The team sought a solution and came up with the idea to adapt its software for a product that would sell well in a pandemic.

The coronavirus pandemic has led to a boom in face mask sales, with mask-wearing in public now mandated in many countries around the world.
Seeing an opportunity to monetize their translation technology, Donut Robotics launched a fundraiser on Japanese crowdfunding platform Fundinno in June. They raised 28 million yen ($265,000) in 37 minutes, says Ono. “It was very surprising,” he says, “because it would usually take three or four months to get that kind of money.” 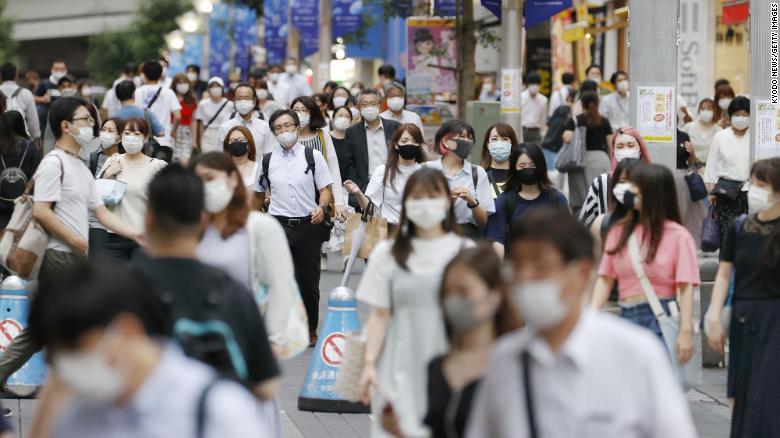 Masks were commonly used in Japan even before the pandemic. Now their use is widespread.
A second round of crowdfunding on Fundinno in July raised a further 56.6 million yen ($539,000), which Ono plans to use to develop translation software for the international market. To scale up production, Donut Robotics have partnered with a company in Tokyo, which they declined to name.
Ono says the first wave of distribution is expected to take place in Japan, with 5,000 to 10,000 masks available by December. They will be priced at $40 to $50, he says, with an extra subscription for the app. Donut Robotics will not expand overseas until April 2021 at the earliest, but there has been interest in the UK and US, where they plan to crowdfund on Kickstarter, says Ono.
The mask’s Bluetooth chip can connect to smartphones up to 32 feet (10 meters) away, says Ono. He hopes the mask will make new social distancing norms in locations including hospitals and offices easier, by enabling good communication. “We still have many situations where we have to meet in person,” he says. “In this new normal … the mask and the app are very helpful.”